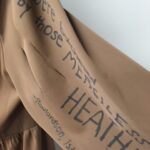 Where, or how, one intends to teach Mary Rowlandson starts with text selection. The Sovereignty and Goodness of God (or as later known for its subtitle, A True History of the Captivity and Restoration of Mrs. Mary Rowlandson, varies from edition to edition — and while this remarkable account has never not appeared on my syllabus, my own uses have shifted. As a stand-in for Puritanism, meaning as a text to cover seventeenth-century New England, I would assign a Bedford edition that uses the older title, Sovereignty and Goodness of God (1997), with an historical introduction of European and Native life that is almost as long as the text itself. When I chose to emphasize genre, I would assign students A True History of the Captivity and Restoration, alongside other samples of the captivity narrative, from Kathryn Zabelle Derounian-Stodola’s Penguin edition, Women’s Indian Captivity Narratives (1998). The titles matter; Smith uses the former to emphasize religious comport, Derounian-Stodola chooses the latter to draw out a woman’s voice. In recent years, I have emphasized textual production, and to draw attention to how texts first appeared in print, I assign the 1682 American printing, from the Early English Books archive, The Soveraignty & Goodness of God … Being a Narrative of the Captivity and Restauration of Mrs. Mary Rowlandson, which appears online with Increase Mather’s “Preface” in back, and whose mutilated pages and uneven type foreground for students the work of finding recovery — making meaning — from violence.

A complete summary of Mary Rowlandson, the work of making meaning from war, remains beyond my scale here. On Rowlandson, a Google search turns up 743,000 hits, and the MLA Bibliography lists 143 entries alone. A best-seller in its day and requisite in American literature surveys, and the secondary literature is its own genre. From Richard Slotkin’s classic from the American Studies Myth and Symbols School, Regeneration Through Violence: The Mythology of the American Frontier, 1600-1860 (1973), to Jill Lepore’s award-winning The Name of War: King Philip’s War and the Origins of American Identity (1998), the accounts of Puritan warfare have long doubled as a measure for reading the United States. With Rowlandson as a model, I recap here what I presented at the 2019 Society of Early Americanists meeting as as “A Pedagogy for Early Americanists.” I outline a classroom approach that starting with the premise that English study should combine reading and writing and thinking about the world. I then offer three basic points:

These points come to me through admittedly random reading in English education, summarized below.

Negotiating the past that is not past. My discussion of Rowlandson picks up from Chapter 6, “Root,” and the difficulties of broaching whiteness (see the discussion there on Critical Race Theory). Like many early Americanists, I draw from Mary Louise Pratt’s influential essay, “Arts of the Contact Zone” (1991), a widely-reprinted article from the Introduction to Imperial Eyes: Travel Writing and Transculturation that probably outstrips the book in its reach. While not cited, Pratt captures the gestalt of an MLA volume like Teaching the Literatures of Early America (1999), edited by Carla Mulford, which provides a roadmap for diversifying syllabi (many steps have now been taken); but as I argued in a review, “How, Why, and What: Teaching Students the Literatures of Early America” (2002), many of this volume’s chapters focused on course content over student learning. Notable exceptions, or chapters that offer specific learning strategies, are Pattie Cowell, “Figuring Multicultural Practice in Early American Literature Classrooms” and Mulford’s own contribution “Resisting Colonialism,” which focuses on the period’s ongoing legacies. The early Americanists certainly would be vulnerable to early critics of “contact zone” pedagogy like Gary A. Olson, who argued in “Encountering the Other: Postcolonial Theory and Composition Scholarship” (1999) that the easier steps of representing diversity on a curriculum allows instructors to bypass difficult conflicts. For a wider and more balanced survey of “contact zone” pedagogy, finally, see Janice M. Wolff’s judiciously-chosen collection, Professing in the Contact Zone: Bringing Theory and Practice Together (2002).

Opening space for play. The role of “play” in literary studies remains surprisingly underexamined by English Professor types. In an essay that now reads as ahead of its time, Wai Chee Dimock charts “A Theory of Resonance” (1997), loosening spaces of textuality to account for more open-ended reader response. University administrators rarely sound as sensible as Nancy Cantor and Steven Schomberg, when they argue in their short essay “What We Want Students to Learn: Cultivating Playfulness and Responsibility in a Liberal Education” (2002) that the university must remain both a “place apart” and connected to the world, so serious play can take place. Closer for me to English studies, home, Mary M. Salibrici and Richard C. Salter, in “The Transitional Space of Hidden Writing: A Resource for Teaching Critical Insight and Concern” (2004), argue that non-graded (or “hidden”) writing creates this “playful” (or non-judgemental) space, where students can work toward greater intellectual nuance. Kathleen Blake Yancey, Teaching Literature as Reflective Practice (2004), provides strategies for making visible a more recursive reading process. Echoing Yancey, Sherry Lee Linkon, “The Reader’s Apprentice: Making Critical Cultural Reading Visible” (2005) argues for making visible for students the back-and-forth in recursive reading.

In the past decade, the humanities have increasingly followed an emotive turn, and with that development, a reconsideration of teacherly roles. Barbara Schapiro defines a productive pedagogical “thirdspace,” worked out provisionally between teacher and student, in “Negotiating a Third Space in the Classroom” (2009). Doris Sommer argues convincingly for the “uselessness” of art in The Work of Art in the World, theorizing a pedagogy of openness, pressing us to establish a position. In this exploration of instruction of play, Sommer and others return to the classic formulation of “transitional space,” by psychologist D.W. Winnicott in Playing and Reality (1971). And rarely do theorists shepherd the field to new directions as does Rita Felski, in The Limits of Critique (2015), arguing against the old “decoding” types of reading and exploring instead paths of relation.

Composing. From the difficult spaces of reading, a kind of echo chamber, students must learn to compose a new self. Courses in early American literature, as a result, rely perhaps more heavily than other fields on process-oriented writing. With apologies to friends and colleagues in Writing Studies, recognizing there is far more to the field than cited below, I offer a sources that have helped me bridge narrative non-fiction and early American studies for both myself and students. Most of what I know about revision, at least from graduate school, comes from Peter Elbow, Writing with Power: Techniques for Mastering the Writing Process (1988). As a graduate student at NYU, I worked with Pat C. Hoy II in the Expository Writing Program, and while my relationship with Hoy was adversarial (I’m embarrassed to say, even Oedipal), his observations from “Shaping Experience, Creating Essays” (1992) shape both the “Road Course” and core strategies I share with students. Julie Lindquist’s searching “Hoods in the Polis” (2001) asks teachers and students to consider how, in writing, we shift gears as different social selves. Rochelle Harris, “Encouraging Emerging Moments: The Personal, Critical, and Rhetorical in the Writing Classroom” (2004), understands the point of student-writer taking agency as as one concurrent to social transformation. Sheldon George, “The Performed Self in College Writing: From Personal Narratives to Analytic and Research Essays” (2012), bridges the personal and theoretical, suggesting in performance we try out a new self — embodying the “transit” I see at the heart of this project. In my hometown of St. Petersburg, finally, I have benefited from the Poynter Institute, a center for journalists, and as Poynter’s Senior Scholar Roy Peter Clark has sharpened my craft with books like Writing Tools: 55 Essential Strategies for Every Writer (2008), my English Majors have also readily taken to his lessons.

Cantor, Nancy and Steven Schomberg. “What We Want Students to Learn: Cultivating Playfulness and Responsibility in a Liberal Education” Change Magazine 34, no. 5 (2002): 47-49.

Olson, Gary E. “Encountering the Other: Postcolonial Theory and Composition Scholarship. Journal of Advanced Composition 18, no 1 (1998): 45-55 .

Rowlandson, Mary. The Soveraignty & Goodness of God … Being a Narrative of the Captivity and Restauration of Mrs. Mary Rowlandson. Cambridge: Samuel Green, 1682.

__________ . The Sovereignty and Goodness of God, Together with the Faithfulness of His Promises Displayed: Being a Narrative of Mrs. Mary Rowlandson and Related Documents. Edited by Neal Salisbury. Boston: Bedford, 1997.

Sommer, Doris. The Work of Art in the World. Durham: Duke University Press, 2014.

Winnicott, D.W. “Morals and Education [1963].” In The Maturational Processes and the Facilitating Environment: Studies in the Theory of Emotional Development. Madison, CT: International University Press, 1991. 93-105.