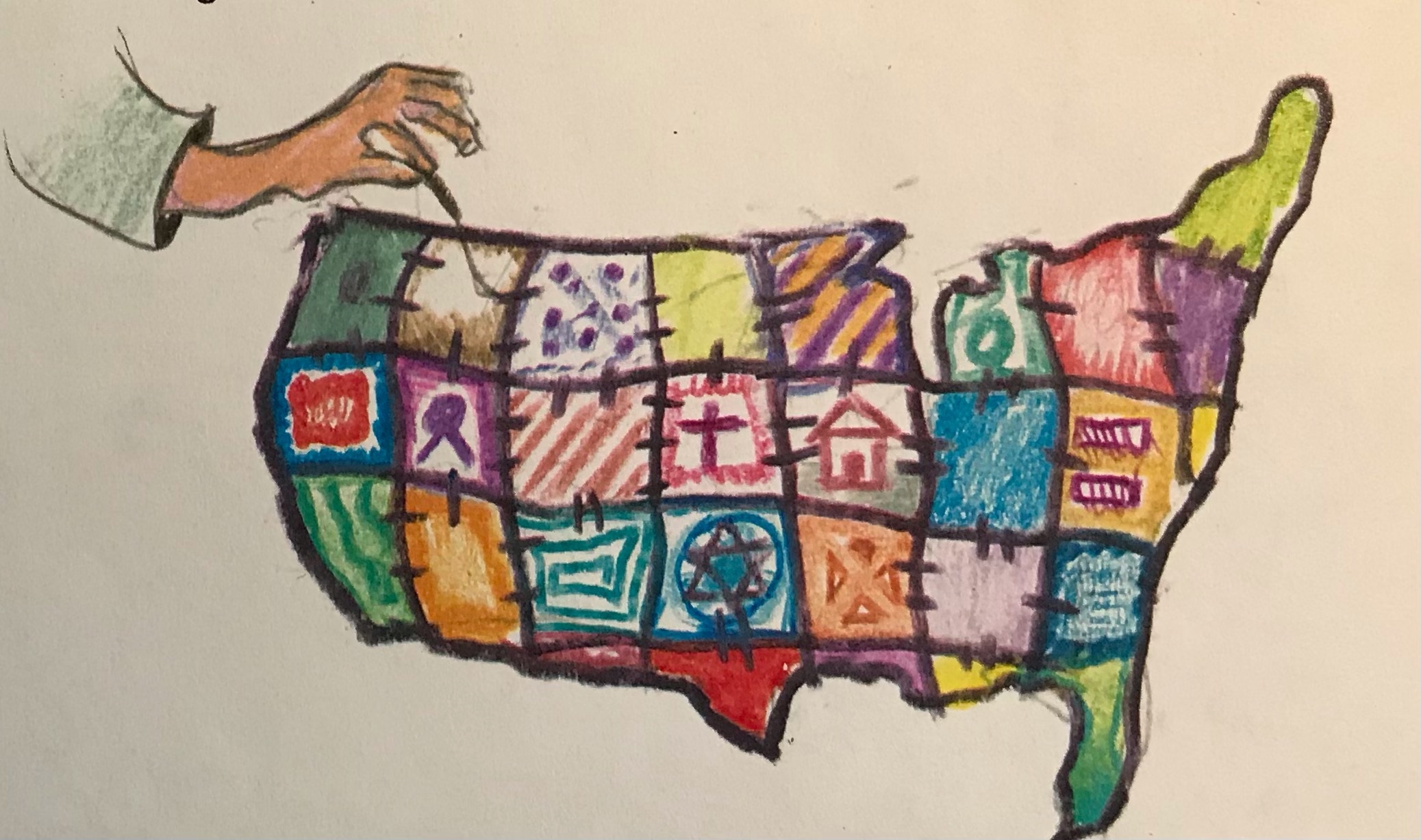 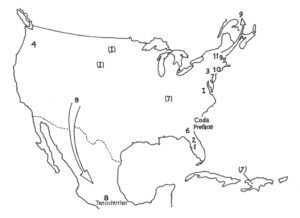 The frontispiece for my Road Course was harder to create than one might expect. When I discussed the idea with a map maker, my artist friend Brad Sanders, I offered (what seemed like) simple instructions. Draw the United States and add number for each chapter, corresponding with the Table of Contents.

But the very shape of the United States is more complicated than most people think. Do we include territories, islands, and non-contiguous states? What about national boundaries? The maritime islands bordering Canada and Maine got messy in the frontispiece’s first draft. And how did Vancouver sneak into the final version? What do we include in the nation’s visual story? Who do we leave out? How far into the Caribbean should we go? John James Audubon, discussed in Chapter 7, belongs in Kentucky as well as Haiti–not to mention Pennsylvania. And what of those arrows?

As authors travel, books travel. How then to represent mobility? While Phillis Wheatley Peters lived and worked in Boston, Chapter 5 (“Wheatley in Flight”) describes my reading her on an international flight to China. Literally, my personal setting for her 1773 Poems is a jet liner over the polar cap.

While the frontispiece depicts the Canadian border as solid, I wanted the boundary with Mexico drawn with a dotted line. This suggestion of permeability should emphasize the Mexican War (1846-48), through which the U.S. appropriated what is now the Southwest. Chapter 8 (“Oro de Oaxaca”) follows that conflict through a bottle of mezcal that I purchased in the heart of Tenochtitlán (the Distrito Federal) and consumed with some friends while on an NEH seminar in Aztec, New Mexico. Along with the liquor, the chapter details the migration story of the Aztec-Mexica people, from their mythic homeland of Atzlán, maybe somewhere in the Four Corners area, to the current-day Mexican capital. 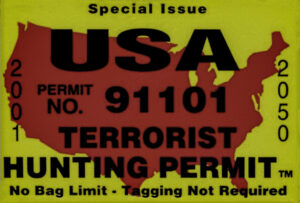 Maps hide and lie. They uphold myths that can incite violence. Chapter 11 of the Road Course (“Mary Rowlandson’s War on Terror”) sets a touchstone captivity narrative alongside the attacks of September 11, 2001. The jingoism and paranoia that followed these acts included unofficial “Terrorist Hunting Licenses,” which were common across the South.

The decal maps used the nation’s shape to justify unchecked aggression. It’s a gambit reserved for our most cynical and craven leaders–to stir up the patriotic fervor, draw a border. Politicians will drape themselves in a flag while caricaturing the outsider. Trick works every time. Worked for Adolph Hitler, worked for Donald Trump. We’re gonna build a wall and Mexico’s gonna pay for it. If you want to win an election, draw a boundary and demonize your neighbor.

Literature, I believe, can break down the hatred. Stories help us better understand what both unites and divides us. During the Fall 2001 semester, my former student Jessica Haars included a map with her final reflection on the course. Jessica, a Norwegian then at USF, portrayed the familiar shape as a quilt. A hand off to the margin sews together the pieces. In Jessica’s America, the stitching still shows. E pluribus unum. Out of one, many. May we never forget that we are greater because of our differences. May we continue to celebrate the shape of our nation alongside the variety of our colors. May we celebrate not just the patches, but the seams of our map. 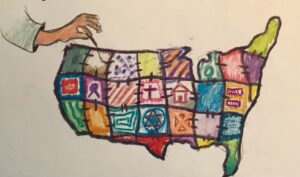 ← Prev: Pelham, N.Y.--Emerson on the Hutch Next: Mount Rushmore-Family Vacations →