Bibliographic Essay–‘A’ is for Acronym

This essay builds from a course about the The Scarlet Letter in cultural memory. Drawing from the many literary reinventions of archetypal story, readings for this course included: Maryse Condé, I Tituba, Black Witch of Salem (2009); a play by colleague and writing partner Heather Jones, Chilling Drama and Special Effects (2009); Arthur Miller, The Crucible (1952); Suzan-Lori Parks, The Red Letter Plays (2001). In the class, I focus on three (of the eight) versions of the novel’s cinematic adaptations, which include Victor Sjöström (dir.), The Scarlet Letter (1926), starring Lillian Gish; Roland Joffé (dir.), The Scarlet Letter (1995), starring Demi Moore and Gary Oldman; and the student favorite by Will Gluck (dir.), Easy A (2010), Emma Stone’s first lead role.

The standard edition of The Scarlet Letter was edited by William Charvat, Roy Harvey Pearce and Claude M. Simpson (1962). A paperback reprint of this text, volume 1 of the Centenary Edition of the Works of Nathaniel Hawthorne, was reprinted as a Vintage Paperback in 1990, and that was the text I punched into my computer at Pfizer Pharmaceuticals. In the survey I typically assign a 1994 Dover Thrift Edition, edited by Stanley Appelbaum, which reprints the 1850 Ticknor, Reed, and Fields edition. For the “Scarlet A’s” class, I used the outstanding Norton Critical Edition, by Leland S. Person (2005), which includes supplemental materials and an outstanding selection of critical essays. A proper review of Hawthorne scholarship is beyond my abilities, but two essays in particular from the Norton edition resonated: Nina Baym, “Revisiting Hawthorne’s Feminism” (2004), and the opening of Sacvan Bercovitch’s The Office of the Scarlet Letter (1991). I single out these readings because they complicated my students’ powerful response to Hawthorne as a liberatory agent. Baym’s clear-as-mud review of Hawthorne and gender leaves open whether we read the author (notorious for his complaints about women writers) as misogynist or transgressive; where my classroom read presents the “A” as open, Bercovitch argues compellingly that the letter serves as badge for still one more quality, Acquiesence. 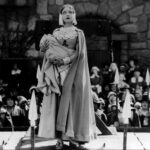 The scholarly literature on Hawthorne and film rises (and falls) with Adaptation Studies, an area beyond my expertise. For a quick guide, which offers its own circuit of leading theorists and even scholarly journals, I turned to Kamilla Elliott “Rethinking Formal-Cultural and Textual-Contextual Divides in Adaptation Studies” (2014); also, literary theorists are rarely as concise as Ian Balfour, in “Adapting to the Image and Resisting It: On Filming Literature and a Possible World for Literary Studies” (2010). Within this broader context, the earlier scholarship on cinematic Hawthorne sputtered around questions of accuracy–whether this movie was “true” to Hawthorne’s novel or to this-or-that historical context. The more clear-eyed commentators have recognized the need for supple interpretation; how each version speaks to its own time (as well as other versions); and how one version works within against other film sub-genres and audience expectations. Mark W. Estin, in “‘Triumphant Ignominy’: The Scarlet Letter on Screen” (1974), provides a model “close reading” of the 1926 silent, noting how (despite caricatures of Puritanism) the tableaux-like quality lends itself to Hawthorne’s technique of the sketch. The 1996, “Demi Moore” Scarlet Letter was universally panned, although the ever-insightful Jill Lepore pithily remarks how the film picked up on historical trends of the time, including influences of feminism and multiculturalism. Michael Dunne, “The Scarlet Letter on Film: Ninety Years of Revisioning” (1997), also emphasizes how each version speaks to its time, predicting correctly that the movie will continue to be remade. Bruce C. Daniels, in “Hollywood’s Hester Prynne: The Scarlet Letter and Puritanism at the Movies” (1999), usefully summarizes the remakes but ultimately falls back on the old shibboleth of whether a given film is “good” or “bad” history. Walter Metz’ instructive “Unfriending’ Hawthorne” (2017) picks up on intertextuality in Easy A, situating the movie not just against the novel but within the longer reception. Cristina Zwarg’s more skeptical “Easy A, or Who’s Your Daddy?: The Scarlet Letter Once More” (2011) observes how Emma Stone steals the show as a teenage Scarlet, but how in the end, the teen flick genre brushes aside thornier issues of race and sexual orientation.

Apart from Nathaniel Hawthorne’s novel, finally, this chapter picks up on performance based funding, an older idea with great political traction (at the time of writing). The implementation of Performance Base Funding offers a case study in how policies wend from think tank to legislature to political lobbies, and finally, to classrooms. I follow the course of argument through Dennis P. Jones, Performance Based Funding: From Idea to Action (2013); Anthony P. Carnevale, Nicole Smith and Jeff Strohl, Recovery: Job Growth and Education Requirements through 2020 (2013); Katherine Mangan, “How Gates Shapes State Higher-Education Policy” (2013); Barack Obama’s White House, “FACT SHEET on the President’s Plan to Make College More Affordable: A Better Bargain for the Middle Class” (2013); Dennis P. Jones, Outcomes Based Funding: The Wave of Implementation (2012); Bill and Melinda Gates Foundation, Postsecondary Success Advocacy Priorities (2016); and HCM Strategists, “Driving Better Outcomes: Principles to Inform Higher Education Policy” (2015).

The appeal of performance based funding to politicians is equaled by the arguments against this model from academic educators. For criticism, see: Debra Humphreys, “What’s Wrong with the Completion Agenda–And What We Can Do About It” (2012); Lance Lambert, “Performance-Based Funding Can Be Fickle, One University’s Close Call Shows” (2015); David A. Tandberg and Nicholas W. Hillman, State Performance Funding for Higher Education: Silver Bullet or Red Herring? (2013); Nicholas W. Hillman, David A. Tandberg and Alysa H. Fryar, “Evaluating the Impacts of “New” Performance Funding in Higher Education” (2015). Finally, education reporter Paul Fain has reported on the issue in depth, from 2009 to the present, for the online journal Inside Higher Ed (insidehighered.com).