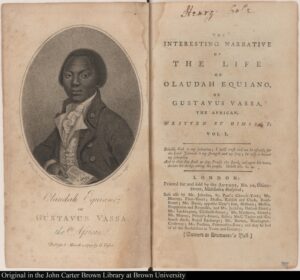 My research on animal trickster tales started came from my first academic job at Valdosta State University, and this chapter was my first attempt–as a scholar–to reflect on teaching. Drew A Swanson’s Remaking Wormsloe Plantation: The Environmental History of a Lowcountry Plantation (2012) helped me understand how I “inhabited” the slave quarters I discuss. Lisa Woolfork’s Embodying American Slavery in American Culture (2009) provided a conceptual vocabulary; many of my concerns would also be echoes in a roundtable following E. Arnold Modlin et alias, “Can Plantation Museums Do Full Justice to the Story of the Enslaved? A discussion of Problems, Possibilities, and the Place of Memory” (2018). But that is just the beginning. In Valdosta, as a white man and as a northerner transplanted to the South, I needed to rethink how race figures into the classroom. I describe my naiveté in an essay while still teaching there, “‘I Didn’t Say It Was Your Laughing Place’: Animal Trickster Tales in the Classroom” (2002). In my head I return to that scene, hoping to more effectively frame an anti-racist classroom.

What I did not realize at the time was that the causes of my crisis were then being mapped ably by scholars in Critical Race Theory (CRT) and whiteness studies. A movement was building, unbeknownst to me, though drawing from a familiar scholarly material. Richard Delgado and Jean Stefancic provide a useful starting point, with emphasis on legal applications as well as the intersections of narrative and power, in Critical Race Theory: An Introduction (2017). AnnLouise Keating applies terms from Toni Morrison especially to classroom discussion, noting constructions of whiteness as power, in “Interrogating ‘Whiteness,’ (De)Constructing ‘Race’” (1995). Tara J. Yosso, William A. Smith, Miguel Ceja, and Daniel Solorzano note the pressures students of color internalize through poor handling of race relations at a white university in “Critical Race Theory, Racial Microagressions, and Campus Racial Climate: The Experiences of African American College Students” (2000). Dana D. Nelson charts a turn from multiculturalism to the recognition of academic whiteness, and the need for scholarly openness to democratic difference, in “Identity? Politics” (2002). Catherine Fox argues for humility and critical thinking to combat the false authority she calls “whiteliness” in “The Race to Truth: Disarticulating Critical Thinking from Whiteliness” (2002). Keating offers strategies for relational thinking, specifically tuned to the work of the early U.S. survey, in “‘Making New Connections’: Transformational Multiculturalism in the Classroom” (2004). Brenda O. Daly, “Taking Whiteness Personally: Learning to Teaching Testimonial Reading and Writing in the College Literature Classroom” (2005) argues that any instructor should examine her-his own race consciousness (or lack thereof) through the close reading of one’s own story. Ersula Ore, in “Pushback: A Pedagogy of Care” (2017), argues from the perspective of a black female professor about uncomfortable responsibilities of addressing whiteness.

My error was hyperfocus, along with unexamined whiteness, and without framing latitudinal questions or thinking about the context of my pedagogical place, the young scholar dove straight into the archive. I started with obvious: Joel Chandler Harris’s Uncle Remus: His Songs and His Sayings [1881], and Zora Neale Hurston’s Mules and Men [1935] which blur the boundary between ethnography and literature. Disney’s Song of the South [1945], directed by Wilfred Jackson and Harve Foster, is mercifully out of print in the United States, though bootleg copies are available and the movie’s cult is registered on the fan-site, songofthesouth.org. Having the obsessive scholarly gene, I soon accumulated a score of analogs, which provide points of comparison in the classroom. Nat King Cole scored a hit with his version of the Buzzard the Monkey story, “Straighten Up and Fly Right” [1943], and the singers Taj Mahal and Michelle Shocked send up the Disney film with “Jump Jim Crow.” Gullah Tales (1986), a video retelling of two stories directed by Gary Moss and produced by Georgia Public Television, contrasts Song of the South by laying visual emphasis upon power relations. 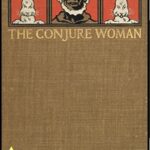 Try as he might, Charles W. Chesnutt could not escape comparisons to Bruh Rabbit; his 1899 collection, The Conjure Woman, framed the black narrator, Uncle Julius, between two rabbits. For classes I assign the inexpensive Dover paperback Tales of Conjure and the Color Line (1998); the volume The Conjure Stories (2012), edited by Robert B. Stepto and Jennifer Rae Greeson, provides a capsule summary of the critical tradition, along with judicious selections of correspondence, early reviews and scholarship. In the spirit of Chesnutt, poet Honorée Fanonne Jeffers responds to folk tradition in her collection Red Clay Suite (2007).

Writing on the Sea Islands almost always emphasizes the isolation of Gullah-Geechee culture, the ties to West African, the preservation of traditional forms and threats of dissolution due to migration, land appropriation and other economic factors. In A Social History of the Sea Islands, with Special Reference to St. Helena Island, S.C. (1930), Guion Griffis Johnson emphasizes distinctiveness–establishing a narrative of continuity that is just beginning to fade. Patricia Jones-Jackson’s engaging When Roots Die: Endangered Traditions on the South Sea Islands (cited above) also emphasizes cultural continuity in the face of change. Joseph A. Opala’s The Gullah: Race, Slavery and the Sierra Leone-American Connection (1987) documents the links across the Atlantic. Marquetta I. Godwine’s edited collection, The Legacy of Ibo Landing: Gullah Roots of African American Culture (1998), provides an overview and guide book for intellectual and literal tourists on the Sea Isles. The Language You Cry In (1998), a documentary directed by Alvaro Toepke and Angel Serrano, traces back to a Sierra Leone village a song that was recorded in Lorenzo Dow Turner’s classic, Africanisms in the Gullah Dialect [1948]. Melissa L. Cooper, in Making Gullah: A History of Sapelo Islanders, Race, and the American Imagination (2017), intervenes on the past century of scholarship, tracing back at least to Turner’s era, to examine popular as well as scholarly constructions of the Gullah exotic.

Beyond the sea islands, scholarship on oral literatures has shifted over the past century. Folkloric collectors traditionally emphasized taxonomies (pseudo-scientific “types”), dissemination and variants. (See also my discussion of trickster tales, Chapter 4: Coyote and the Kid.) William Bascom’s African Folktales in the New World (1992) takes up a common question of whether stories came from Africa or materialized/transformed themselves in the crucible of slavery. Historians and anthropologists have used the stories as a window into the culture. In Black Culture and Black Consciousness: Afro-American Thought from Slavery to Freedom (1977), Lawrence W. Levine reads the tricksters as a form of survival strategy. In Down by the Riverside: A South Carolina Slave Community (1984), Charles C. Joyner interprets the stories hermeneutically, while making the valuable point that stories were the exchange amongst the private life of an extended family. Performance if often a point of emphasis, though more so in the past few decades. Henry Louis Gates, Jr. connects language play, West African religion and deconstruction in The Signifying Monkey: A Theory of African-American Literary Criticism (1988); Roger D. Abrahams reviews the act of signifyin’ in his edited collection, Afro-American Folktales: Stories from Black Traditions in the New World (1985). Teaching Oral Traditions (1998), edited by John Miles Foley, offers valuable tips for incorporating oral texts in the classroom. Nearly every editor of a collection emphasizes the difficulty of capturing an oral performance on the printed page: see Richard M. Dorson, American Negro Folktales (1968); Marietta Glenn Hartsfield’s edition Tall Betsy and Dunce Baby: South Georgia Folktales (1987), which was also performed locally as a musical); John A. Burrison, Storytellers: Folktales and Legends from the South (1989). In past classes, I sometimes paired theoretical readings with a myth-cycle from West Africa by Judith Gleason, Orisha: The Gods of Yorubaland (1971)–a volume the Valdosta State library shelved in children’s literature despite my objections, speaking to the need to examine sites of learning alongside content.

How do we communicate a difficult past? The Interesting Narrative of the Life of Olaudah Equiano, or Gustavus Vassa, the African [1789] has been reprinted and translated several times, though once British slavery was abolished, the book appeared in print sporadically until of late. The current resurgence, staring in the the 1980s, came as Henry Louis Gates, Jr. included Equiano in a popular paperback anthology, The Classic Slave Narratives (1987), and was contextualized in William L. Andrews’ pioneering survey To Tell a Free Story: The First Century of Afro-American Autobiography, 1760-1865 (1986), as well as Angelo Costanzo’s Surprizing Narrative: Olaudah Equiano and the Beginnings of Black Autobiography (1987). Vincent Carretta discovered several significant documents that scholars to reconstruct the author’s career as bookseller, and most notably, records that suggest a birth in South Carolina (rather than Africa, as the Narrative claims); the research provides a basis for Carretta’s biography, Equiano the African: Biography of a Self-Made Man (2005), as well as the copiously annotated The Interesting Narrative and Other Writings (1995), a Penguin paperback that now serves as the definitive edition.

Because Equiano lived such a varied life, scholars have used the author to varied ends. Scholarly debates turn on increasingly fine points of distinction, and with the fluid character of the work, generalizations fail. On Equiano as:

Again, with slippage and varying shades of emphasis, scholars have defined Equiano as:

Almost all scholars note the hybrid, bicultural or multivalent qualities of the Interesting Narrative. Susan M. Marren argues lucidly how Equiano placed himself in- and outside British society, forcing his readers to confront their own Englishness, in “Between Slavery and Freedom: The Transgressive Self in Olaudah Equiano’s Autobiography” (1993). Genre looms large in the scholarship. The Interesting Narrative draws from the novel and spiritual autobiography, while Geraldine Murphy in “Olaudah Equiano, Accidental Tourist” (1997), and Gretchen Holbrook Gerzina in “Mobility in Chains: Freedom of Movement in the Early Black Atlantic” (2001), note strains in the conventions of travel writing. Slippage is inevitable, which means that even the taxonomy that I suggest above invariably falls short.

Burrison, John A., ed. Storytellers: Folktales and Legends from the South. Athens: University of Georgia Press, 1989.

Modlin, E. Arnold, Stephen P. Hanna, Perry L. Carter, Amy E. Potter, Candace Forbes Bright and Derek H. Alderman. “Can Plantation Museums Do Full Justice to the Story of the Enslaved? A Discussion of Problems, Possibilities, and the Place of Memory.” GeoHumanities 4, no. 2 (2018): 335-359.

Nussbaum, Felicity A. “Being a Man: Olaudah Equiano and Ignatius Sancho” In Genius in Bondage: Literature of the Early Black Atlantic, edited by Vincent Carretta and Philip Gould, 54-71. Lexington: University Press of Kentucky, 2001.

Ogude, S.E. Genius in Bondage: A Study of the Origins of African Literature in English. Ile-Ife, Nigeria: University of Ife Press, 1983.

Toepke, Alvaro and Angel Serrano, dirs. The Language You Cry In. California Newsreel, 1998.

Wickman, Tom. “Arithmetic and Afro-Atlantic Pastoral Protest: The Place of Innumeracy in Gronniosaw and Equiano.” Atlantic Studies 8, no. 2 (June 2011): 189-212.